Full Name
Bill Buchanan
Job Title
Professor of Cryptography
Organisation
Edinburgh Napier University
Speaker Bio
Bill Buchanan is a Professor in the School of Computing at Edinburgh Napier University, and a Fellow of the BCS and the IET. He was appointed an Officer of the Order of the British Empire (OBE) in the 2017 Birthday Honours for services to cyber security. Currently he leads the Centre for Distributed Computing, Networks, and Security and The Cyber Academy (http://thecyberacademy.org).
His main research focus is around information sharing, such as using Trust and Governance Policies, threat analysis, cryptography, and triage within digital forensics. This has led to several World-wide patents, and in three highly successful spin-out companies: Zonefox (zonefox.com); Symphonic Software (www.symphonicsoft.com/); and Cyan Forensics (cyanforensics.com).
Bill regularly appears on TV and radio related to computer security, and has given evidence to the Justice Committee at the Scottish Parliament, along with being part of the BBC Scottish Independence Team of Experts (speciality: Cyber Security). This includes appearances on Newsnight Scotland, Good Morning Scotland, Panorama, and Radio 5 Newsdrive.
Bill was named as one of the Top 100 people for Technology in Scotland for 2012, 2013, 2014, 2015 and 2016. In Feb 2016, he was also included in the FutureScot "Top 50 Scottish Tech People Who Are Changing The World". Recently his work on Secret Shares received “Innovation of the Year” at the Scottish Knowledge Exchange Awards, for a research project which involves splitting data into secret shares, and can then be distributed across a public Cloud-based infrastructure. He was included in the JISC Top 50 Higher Education Social Media Influencers in 2015.
Speaking At
Security and Resilience at the Heart of Transformation 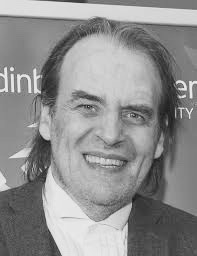