Before joining Nesta, Peter was Director of the Policy Unit at Common Weal - a think and do tank committed to transforming Scotland. He has worked for the Royal Voluntary Service, Scottish Council for Voluntary Organisations and in the Scottish Parliament. He was Rector of the University of Edinburgh from 2012 to 2015. He chaired Transition Scotland Support, the infrastructure organisation for Transition Initiatives in Scotland from 2008-11. He holds an MA (Hons) and MSc both in Geography from the University of Edinburgh.
Speaking At
Expert panel discussion: 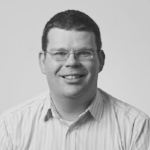