Prior to RGU he was the Head of the Entrepreneurship Center and Professor of Practice in Entrepreneurship at King Abdullah University of Science and Technology (KAUST) in Saudi Arabia. During that time he developed country-wide startup programs, corporate Innovation training for Saudi companies and launched extensive teaching & learning programs in innovation, entrepreneurship and the future of work for Saudi university students.

Prior to Saudi Arabia, he was Associate Vice President of Innovation and Entrepreneurship at Arizona State University, Principal Investigator of the ASU Center of Excellence in Technology Transfer, which was funded by the US Department of Defense. Gordon was awarded the title of ‘Arizona Tech Titan’ in 2014 by the Arizona Business Journal and an Award for Excellence from KAUST in 2015. He was a co-founder of two funded start-up companies in the late 1990’s and also worked in a number of industry management roles including Westinghouse and the strategy practice of Accenture.
Speaking At
The Fourth Industrial Revolution - what does it mean for students, industry, society and higher education?
Expert Panel: Digital Learning 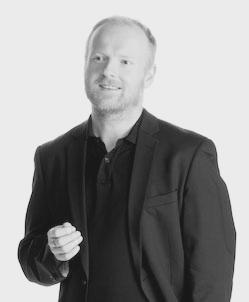