Full Name
John Alexander
Job Title
Leader
Organisation
Dundee City Council
Speaker Bio
Councillor John Alexander is the Leader of Dundee City Council. In this role, John has responsibility for guiding the city’s significant regeneration which is coupled with, what has been termed, a ‘cultural renaissance’ – with the city recently receiving international praise and attention.

He is currently the youngest council leader in Scotland at the age of 29 and has been a councillor for 5 years, holding senior positions since 2013 including convener of Housing and Convener of Neighbourhood Services.

As the political head of the council, John sets the strategic direction of the city’s agenda, policy development and leads several key bodies including the Dundee Partnership.

More recently, John has taken on the role of Chair of the Scottish Cities Alliance, an organisation which is a unique collaboration of the seven cities in partnership with the Scottish Government. The Alliance is focused on economic development and promoting investment opportunities across the cities.
Speaking At
A brave new world for the Tay Cities 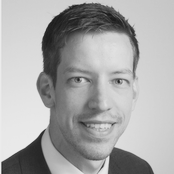