Tim Allan FRSA serves as the President of Scottish Chambers of Commerce. Tim is a private equity and property entrepreneur with many outside philanthropic interests. He is CEO of Unicorn Property Group, deeply involved in the regeneration of Dundee’s waterfront, among other Scottish and UK property investments. Tim is a Member of Court at the University of St Andrews and also a Vice Chair of the V&A Museum of Design Campaign.
Graduating from St Andrews in 1988, he served in the British Army for 10 years including 2 years as Equerry to The Duke of York, and thereafter spent 7 years in private wealth management working for Citigroup and UBS with some of the UK’s most prominent entrepreneurs.
In 2005, he founded Unicorn, an award winning Scottish property business with a commercial and residential portfolio across the country, particularly in the regeneration of Dundee.
Tim has had extensive interests in the fuel forecourt sector being a founder and director of Motor Fuel Group, the second largest independent fuel retailer in the UK with more than 370 stations turning over £2bn per year.
Outside his business, Tim was a member of the Scotland Committee of the BIG Lottery Fund for 7 years, and was formerly the Chair of Young Enterprise Scotland, the leading business and enterprise education charity in Scotland. He served as President of Dundee and Angus Chamber of Commerce from 2014 to 2016.
In April 2010, Tim was awarded The Queen’s Award for Enterprise Promotion, and was made a Fellow of the Royal Society for the Arts, Manufactures and Commerce. 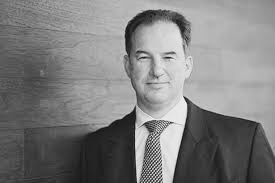