Full Name
Bill Buchanan
Job Title
Professor of Computing
Organisation
Edinburgh Napier University
Speaker Bio
Bill Buchanan is a Professor in the School of Computing at Edinburgh Napier University, a Fellow of the BCS, and a Principal Fellow of the HEA. He was appointed an Officer of the Order of the British Empire (OBE) in the 2017 Birthday Honours for services to cybersecurity.

Bill lives and works in Edinburgh, and is a believer in fairness, justice, and freedom. His social media tagline reflects his strong belief in changing the world for the better: “A Serial Innovator. An Old World Breaker. A New World Creator.” He has a strong belief in the power of education, and in supporting innovation from every angle.

Over the years, Bill has developed a deep love of all things related to cryptography, especially in the areas of Zero Knowledge Proof (ZKP), homomorphic encryption, lightweight cryptography, quantum-robust cryptography, and blockchain methods.

Bill is a prolific creator of academic and research work, and is now working on books related to Blockchain, Cryptocurrency, and AI and Cybersecurity. Over the past few years he has also developed one of the most extensive cryptography sites on the Internet (asecuritysite.com). His work has included 29 academic books and over 300 academic papers, along with being an editor-in-chief for the Journal of Cyber Security Technology and for a Cybersecurity series of books.

In 2018, in partnership with Blockpass IDN, he set up the world’s first blockchain identity research laboratory. Bill also currently leads the Centre for Distributed Computing and Security, and The Cyber Academy.

Bill regularly appears on TV and radio, related to computer security and has given evidence to both the UK and Scottish parliaments. He was also included in the FutureScot “Top 50 Scottish Tech People Who Are Changing The World”.

Bill’s work has involved the transformation of our current thinking within a number of knowledge domains, including health and social care, law enforcement, and government services. At the core of this work is the building of new citizen-focused worlds, and in creating trusted worlds.

You can follow Bill on Twitter at @billatnapier and on YouTube at https://youtube.com/user/billatnapier. He also blogs on cryptography, cyber security, and his deep love of his home city of Edinburgh at https://medium.com/@billatnapier.
Speaking At
Expert Panel: Collaborating effectively between Scotland's cyber research community and business
Creating a more trusted, secure and citizen-focused world. 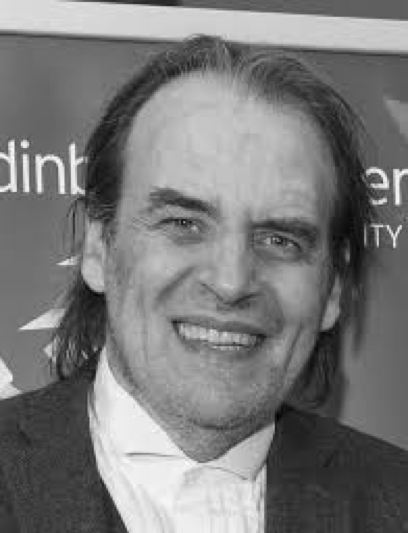