Full Name
Kate Forbes
Job Title
Minister for Public Finance and Digital Economy
Organisation
The Scottish Government
Speaker Bio
Kate Forbes is from Dingwall, although spent part of her upbringing in Glasgow and India. Until she was elected as MSP for Skye, Lochaber and Badenoch, Kate was employed as an accountant in the banking industry. Prior to that she studied History at the Universities of Cambridge and Edinburgh with a focus on human migration.

As a backbencher, she has served on the Scottish Parliament's Environment, Climate Change and Land Reform Committee, the Standards, Procedures and Public Appointments Committee, the Health and Sport Committee and the Rural Economy and Connectivity Committee. She also served as Parliamentary Liaison Officer for Finance and the Constitution.

As well as leading a campaign to ban plastic straws, Kate has participated in several cross party groups at Holyrood including Crofting, Gaelic, Human Trafficking, Palliative Care and Rural Policy. A fluent Gaelic speaker, Kate made history earlier this year by becoming the first female MSP to give a plenary speech entirely in Gaelic in the current Scottish Parliament chamber.

On 27 June 2018 she was appointed as Minister for Public Finance and Digital Economy.
Speaking At
Continuing to build our strengths and capabilities in cyber 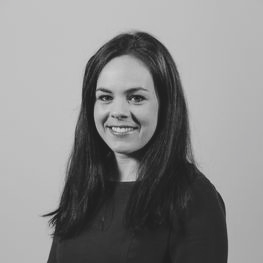