Full Name
Malcolm Graham
Job Title
Deputy Chief Constable, Crime & Operational Support
Organisation
Police Scotland
Speaker Bio
In May 2019 he was promoted to the rank of Deputy Chief Constable Crime and Operational Support.
In February 2019 he was appointed Assistant Chief Constable as the executive lead for the newly created Partnership, Prevention and Community Wellbeing portfolio with responsibility for developing new approaches to working with other Scottish public services to achieve better outcomes for communities and includes Safer Communities. Leading on preventative approaches to policing and community wellbeing, with a long term strategy focussing on collaboration, working in partnership across services and with communities, seeking to improve community wellbeing through tackling the underlying causes of crime and vulnerability.
In April 2018, he was appointed ACC Strategy and Innovation with responsibility for developing the implementation plan and, was responsible for the following business areas: Strategic Planning and Development/Knowledge, Innovation, Insight and Continuous Improvement/Partnerships and Collaboration/Analysis and Performance/Understanding Demand and Productivity Improvement and Digitally Enabled Policing.
In August 2016, he was appointed ACC Strategic Change with responsibility for Policing 2026, developing a long term strategy for policing in Scotland. This led the unprecedented nationwide public consultation on the draft Policing 2026 Strategy for delivering sustained excellence in service and protection for the people of Scotland. The final Strategy was laid before Parliament on 20 June 2017, and ratified by the SPA Board on 22 June
In January 2013, he was appointed Assistant Chief Constable of the Police Service of Scotland with responsibility for major crime and public protection. Whilst in this role, he led a number of high profile serious crime investigations and oversaw a number of complex projects including improvements in key emerging areas of demand, such as sexual crime and child abuse investigations.
ACC Graham joined Lothian and Borders Police in 1995 and worked in a number of patrol and investigative roles in each rank both locally and nationally including Head of the Criminal Investigation Department, tackling serious and organised crime, major crime investigation, countering terrorism and intelligence. In June 2012, was appointed Divisional Commander for the City of Edinburgh with responsibility for all policing across the City.
Speaking At
A New National Cyber Strategy for Police Scotland:
Expert Panel: How will Scotland's Cyber Leaders Collaborate and Respond to a wide scale Cyber Attack 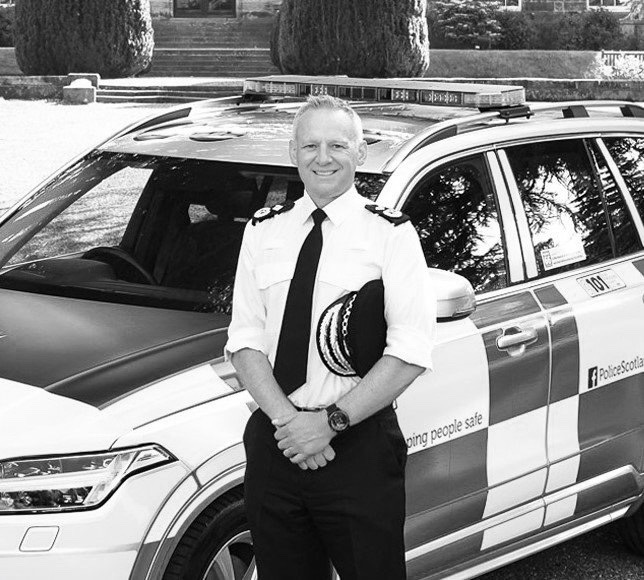